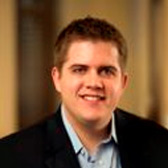 Russell is a development economist, with primary research interests in the economics of entrepreneurship in developing and emerging market countries. He has been involved in economics research in Myanmar since 2013. He has recently published research on competition amongst microenterprises, the economics of poverty traps, and the role of cash transfers and mentorship to support microenterprises owned by ultra-poor women in Kenya. He has presented research at international universities including Harvard, Melbourne, MIT, Oxford, and Yale, and given invited lectures in Indonesia, Kenya, Myanmar, and the Philippines.

At the University of Sydney his teaching is primarily focused in development economics, at both the undergraduate and graduate levels. He has also developed an innovative course on Communication in Economics for post-graduate students. He has worked as a consultant on behalf of parties including the Government of Indonesia and the Asian Development Bank. He is a member of the Economic and Social Development area at the Sydney Southeast Asia Centre, an academic staff affiliate of the Department of Indonesian Studies at the University of Sydney, and an affiliate of the Small and Medium Enterprise Initiative at Innovations for Poverty Action.